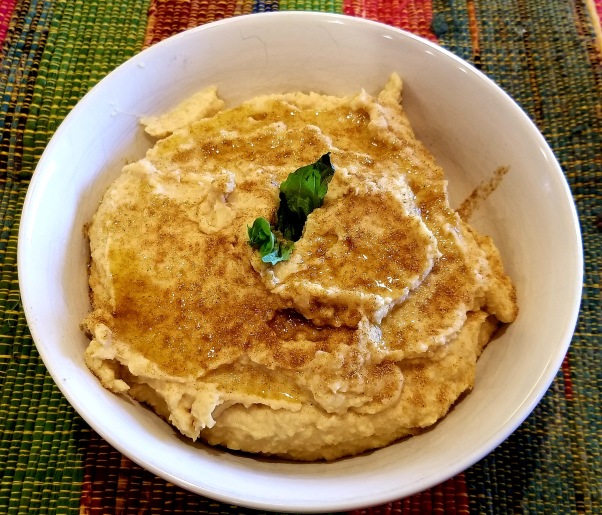 Believe it or not but Brazil is home of one of the best hummus you can find. The History of Brazil and Syrian/Lebanese immigration go as far as the Ottoman Empire when Arabs conquered Portugal and became new Christians “Moors”. During the colonization of Brazil many of the colonists were the new christians and they brought with them to Brazil, their culture. The influence of the Moorish in Brazilian food is rich. Moorish cuisine has been fully integrated as Brazilian food. Today there are approximately 7 million Brazilians of Syrian/Lebanese descent. You will find Arab Restaurants everywhere and Middle Eastern food as part of the main Brazilian menu.

*If you remove the skins off the garbanzo beans you will have a silkier puree.

* It can be difficult to find Tahini. When Tahini is added then you have a Hummus bi Tahini, but it is not necessary for just making garbanzo bean dip “hummus”.